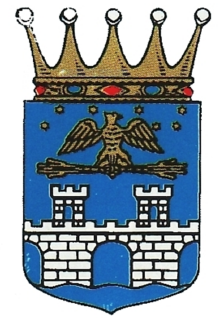 The Sigvard & Marianne Bernadotte Research Foundation for Children Eye Care was established in January 1990. The founders were Countess Marianne Bernadotte and the late Prince Sigvard Bernadotte. Support for the initial idea of this foundation was supplied by the late artist Sven-Inge deMonér and the current chairman, professor Gunnar Lennerstrand.  The motto of the foundation is “Vision for the Future”, recognizing that vision, being low at birth can reach normal levels in adulthood only if proper visual stimulation is provided during childhood. Retarded visual development will lead to poor vision throughout life, and early detection of visual dysfunction and early treatment is of greatest importance in order to restore normal vision.

The start and the development of funds

The first action to bring funds to the foundation was taken by Princess Marianne Bernadotte in arranging an auction at Bukowskis, the most important auction house in Stockholm. Over 200 works of art were solicited and registered in a catalogue with pictures, and already on February 13, 1990, the auction took place. The net result was about 1.2 million SEK for the foundation, a very good start in funding.

Through active work of the board members, contacts with the press and with the help of promotion material of various kinds, the foundation quite rapidly became known to the public. Grant applications to other foundations and institutions were relatively successful and increased the funds. A large donation of 5 million SEK from the TomtebodaSchool in 1991 constituted a major advance of funds and made it possible for the foundation to start to support pediatric ophthalmology in 1992 with grants for research and travel. Donations of varying amounts have been made to the foundation during the years, the most remarkable being donations at separate occasions, amounting to 50 million SEK, by the late Birgit and Gösta Törnlöf.

In addition to donations, the funds have increased by successful investments in stocks and other financial instruments, according to a placement strategy worked out in collaboration with the SE bank, handling the accounts of the foundation. At present the total value of funds is about 65 million SEK.

Research projects in pediatric ophthalmology have been funded yearly since 1992. Applications are solicited for presentation before May 1 and the applications are evaluated by the Scientific committee and presented to the board for decision at the annual meeting in June. Support has been given in the form of scholarships for travel and for research, grants to individual researchers or to the Bernadotte laboratories (see below). The amount of support supplied since 1992 is approximately 10 million SEK, with a marked increase in 2008 and 2009.

In addition to the fields of pediatric ophthalmology represented in the review chapters in this book, research has been supported also on retinal development, retinal dystrophies, retinal neovascularisation, visual evoked potentials, fetal alcohol syndrome, congenital glaucoma, ocular allergy, genetics of eye diseases, and visual handicap in children. The recipients of the research grants and scholarships are scientists from all of the medical schools in Sweden. Mainly the younger scientists have been supported and of 77 researchers being funded, 57 were in the beginning of their scientific carrier, most of them Ph.D. students. Of these young scientists 48 have finished their Ph. D. degree and 3 their Master degree, i.e. about 90% of them have graduated. The financial support given to them by the foundation would seem very well invested. A broad basis has been laid for future and expanding research in pediatric ophthalmology. The other funded scientists have been already established researchers.

The distribution between the Swedish medical schools of the scientists being funded is as follows: Stockholm 44, Gothenburg 16, Uppsala 8, Lund 3, Linköping 2 and Umeå 1. The distribution reflects the number of scientists active in pediatric ophthalmology at the different universities, Karolinska Institutet in Stockholm having the largest number in the country.

The list of awardees at the different meetings is as follows:

In 1994 the board of the foundation decided to create a price in the name of Marianne Bernadotte to be presented to a prominent Swedish clinical researcher still in the active phase of their carrier. Nominations for the price are supplied by the professors of ophthalmology in Sweden, for dicision by the board of the foundation. The price sum has been 50 000 SEK. At the price ceremony the awardee presents a price lecture, and the ceremony finishes with a musical event.

The Bernadotte Laboratories for Pediatric Ophthalmology

Collaboration with other foundations

The Bernadotte Foundation for Children’s Eyecare, Inc. was started 1993 in New York at the initiative of Princess Marianne Bernadotte and with support from business men and scientists with a Swedish background. Funds have been collected through auctions of donated art work and/or charity banquets. Such events have been held in New York 1994, Chicago 1997, Los Angeles 1999 and Palm Beach 2001, 2003 and 2005. The Foundation has supported three visiting researchers to the Bernadotte Laboratories in Stockholm, and researchers and doctors from developing countries to attend internal conferences of pediatric ophthalmology.

Publications supported by the Bernadotte Foundation

Members of the board of trustees